We wanted to share some of our recent collaborations with queer artists Brian Kenny, Homo Riot, Kinky Needles, and Lord Tattoo.  We'll have more this summer in Provincetown, but several of these were launched at our pop-up shop at Hôtel Gaythering's Art Gaysel in December.  If you happen to be in Miami Beach check out Hôtel Gaythering's various theme nights for a friendly queer bar crowd, their steamy sauna, and a selection of Adam's Nest favorites.

We discovered Naro Pinosa when we were first using tumblr and launched Adam's Nest with an initial assortment of 10 postcards.  Since that time the assortment has grown to a wall of 48 postcards in our Provincetown shop that catches the attention of everyone, especially the kids.  It's always entertaining watching how different parents react, from those that engage with their kids and explain, to those that quickly grab their children's hands explaining "this isn't for you".  Our t-shirt collaborations have included bears, our Jesus Daddy, and last summer's collaboration for Bear Week that included a haiku from Roger's Offerings:

We look forward to seeing what words Roger provides this summer for the next collaboration; Roger's on the right in the image below and on the left is @jonofarabia who picked up his daddy sleeveless tee at our Art Gaysel pop up shop. 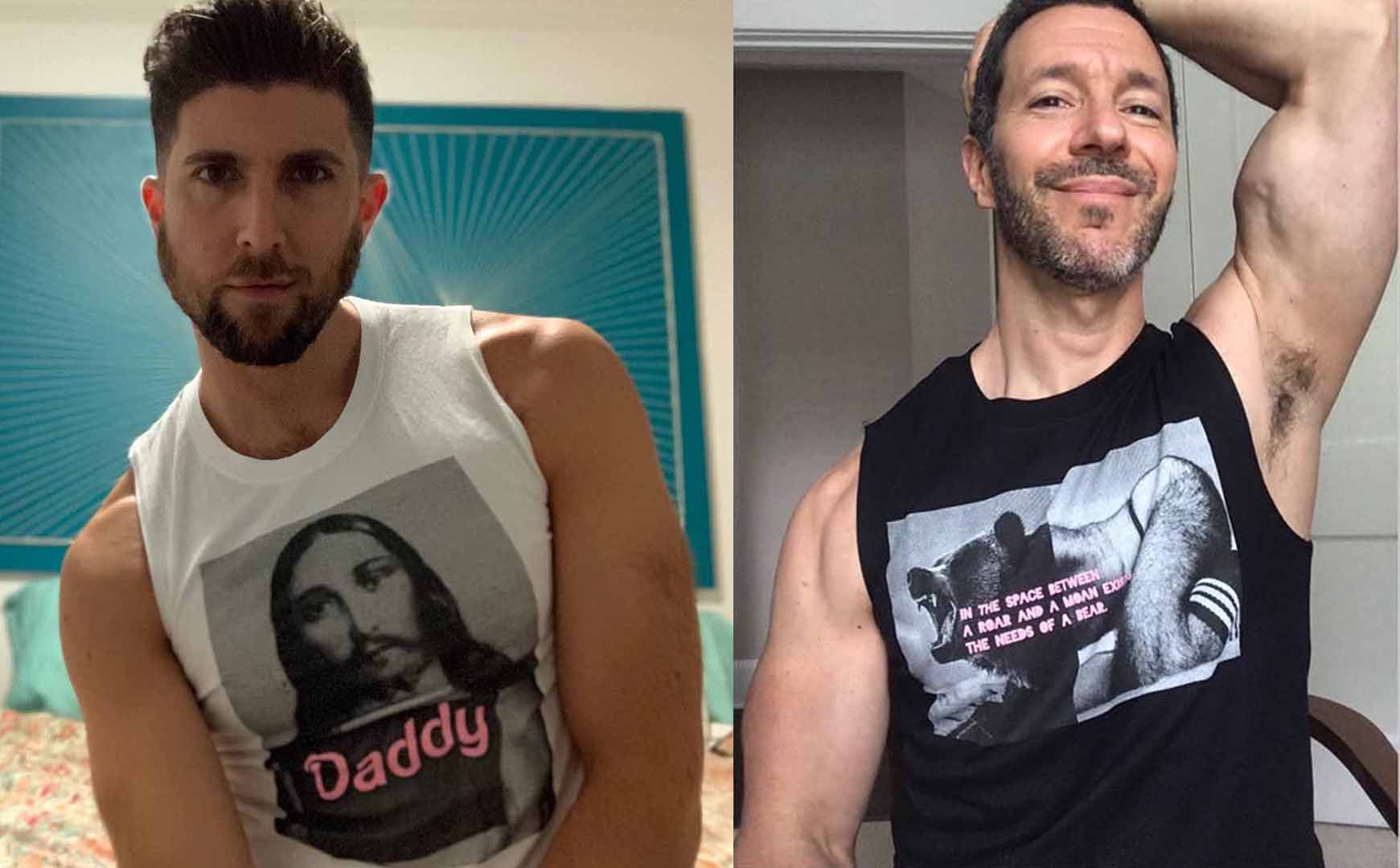